In early 1964 a funds drive was launched to raise money in order to provide the Academy with a much needed library and arts center. Since 1927 the stage area for the top floor auditorium of the main building had been used for library space. The room would eventually fill to capacity. There was no librarian and the collection was mainly managed by the English department. Availability of volumes was very limited. 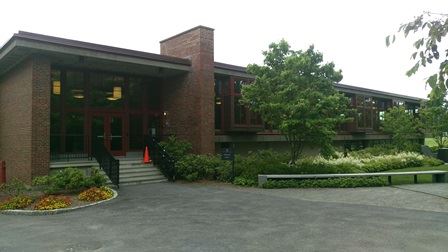 Funds for the new library were primarily recognized by two anonymous donations; the first for $75,000 to be used for an art center and the second for $175,000 to be used for the library. The Trustees wasted no time and ground for the library was soon broken. The contemporary style building was designed by Rich and Tucker Associates and it was to be named for Stacy Baxter Southworth, a former Headmaster who was beloved by the Academy.

The building was completed by March of 1965 and the collection of about 3,000 volumes that were in the auditorium was relocated to the library. Over the years donations were made in the form of books and money and by 1976 the collection had grown to about 125,000 volumes.